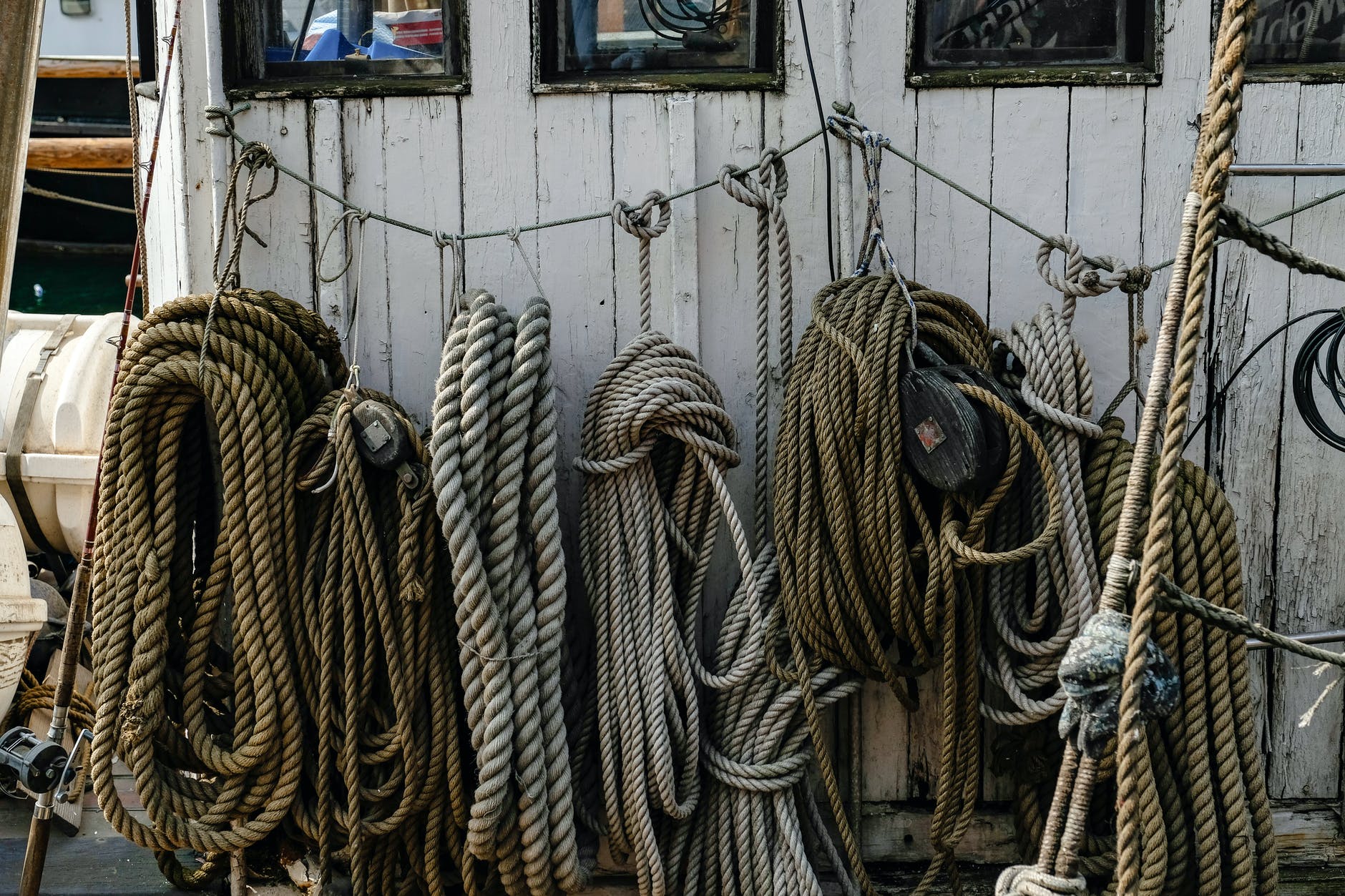 My first blog concerning phrases touched on the types of phrase found in the English language. Here are a few of the many phrases relating to money (with thanks to the Oxford English Dictionary and A Word in Your Shell-like by Nigel Rees.
Money for old rope: This concerns money or other reward earned for little effort. It is thought to relate to a perk enjoyed by sailors who would unpick surplus lengths of rope and sell the strands to shipyards. They could then be used to fill gaps in wooden decks and topped with pitch. Clearly this phrase has a long history because of its relevance to wooden-built ships.
Money makes the world go (a)round: This is thought to have been introduced in to the English language by Cabaret (1966 Broadway musical, and later a film). It had probably been known in other languages before this time and possibly based on the proverb ‘’Tis love that makes the world go round’.
Money doesn’t grow on trees: This should not be taken literally but is meant to convey being cautious with money as it is limited in supply – well limited for some people anyway, including me!
Money burns a hole in (someone’s) pocket: An expression for someone who spends money as fast as it is earned. A recently ‘coined’ word associated with this is a spendaholic, someone who is addicted to spending money.

(The) penny has dropped:  The final dawning of realization or the implications of a situation have lately been understood. This phrase dates back to at least the 1940s and could relate to the action of a penny dropping into a slot machine and requiring a certain amount of time to bring results.

Pin money: Small amounts of money earned to spend on things for oneself, often associated with second or part-time jobs to earn a little extra money for life’s necessities or indulgences.
Put your money where your mouth is: In other words stop talking and take action to support your words. It is thought to derive from gambling.

Spend a penny: A euphemism for going to the toilet. This dates back to 1852 when the first public convenience using flushing toilets opened in London and charged one penny for their use. I wonder what that penny is worth today when taking account of inflation?

The third part of this blog will look at slang phrases concerned with money.